Presenting the treadmill, that generates electricity 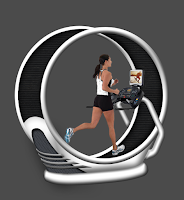 That was what we asked ourselves, and in association with well-known developer of sporting goods and an Asian fund had began to create a fundamentally new treadmill that produces electricity, and does not need it.
With the treadmill RoboMill you can charge a mobile phone or other devices. It can power the small screen, or your tablet for entertainment while running.

Also 2 fans are integrated in the device that are powered by a runner too. Besides the obvious advantages of electricity generation, the treadmill also has a futuristic, a completely new design in a glossy white color, similar to the modern electric car. Also, due to the construction, a great advantage is that the user will constantly run up and forward, and this model is more realistic than ordinary treadmills give, where the athlete running on the spot, which is less like a real jog, and the effectiveness of such exercises is low.
Now imagine that you can equip a gym with variety of exercise machines, that produce energy that completely provides the gym, including lighting. 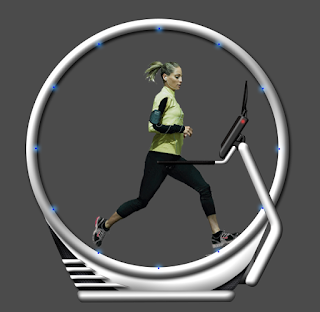